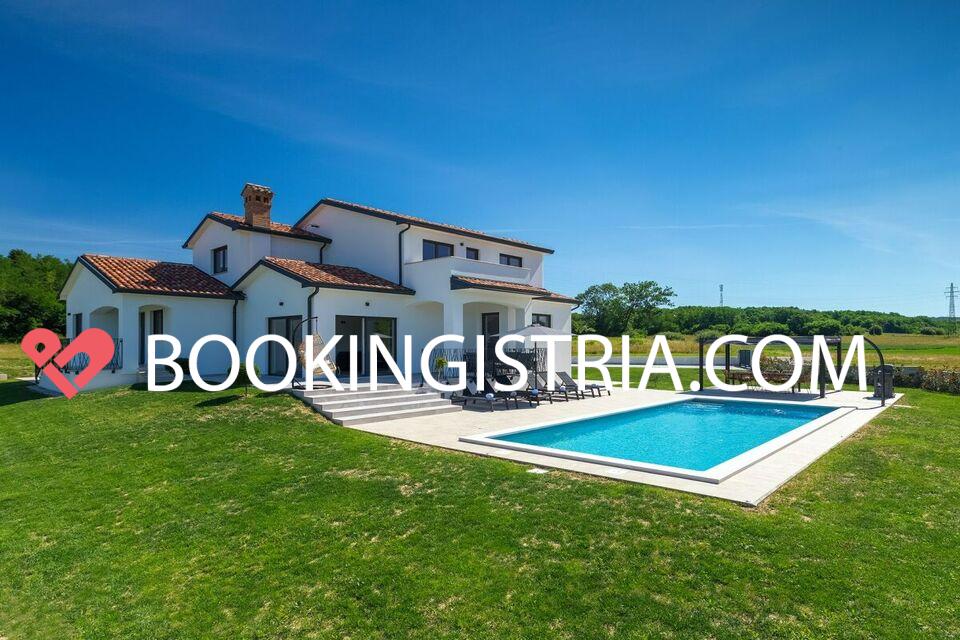 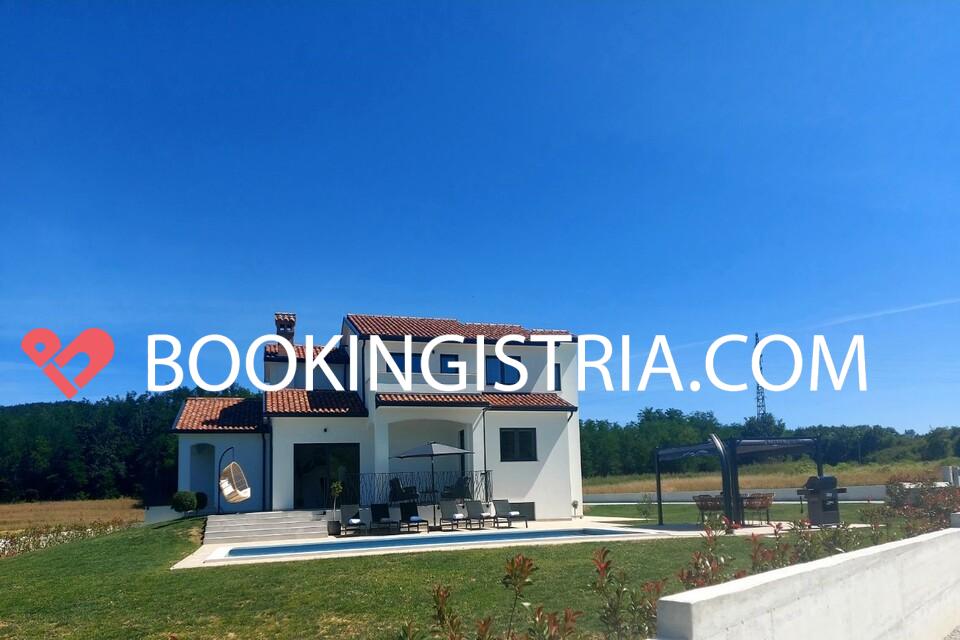 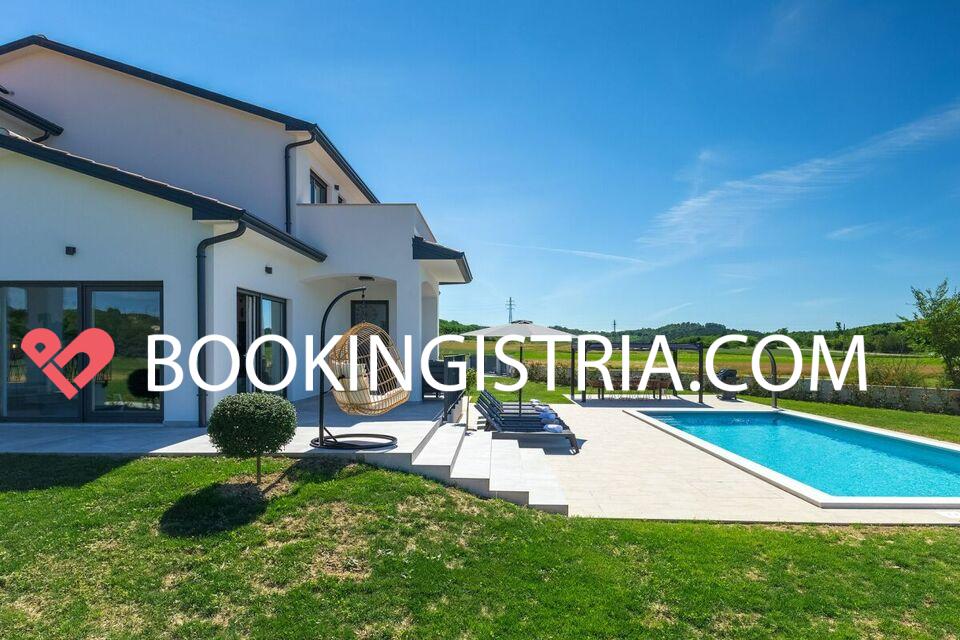 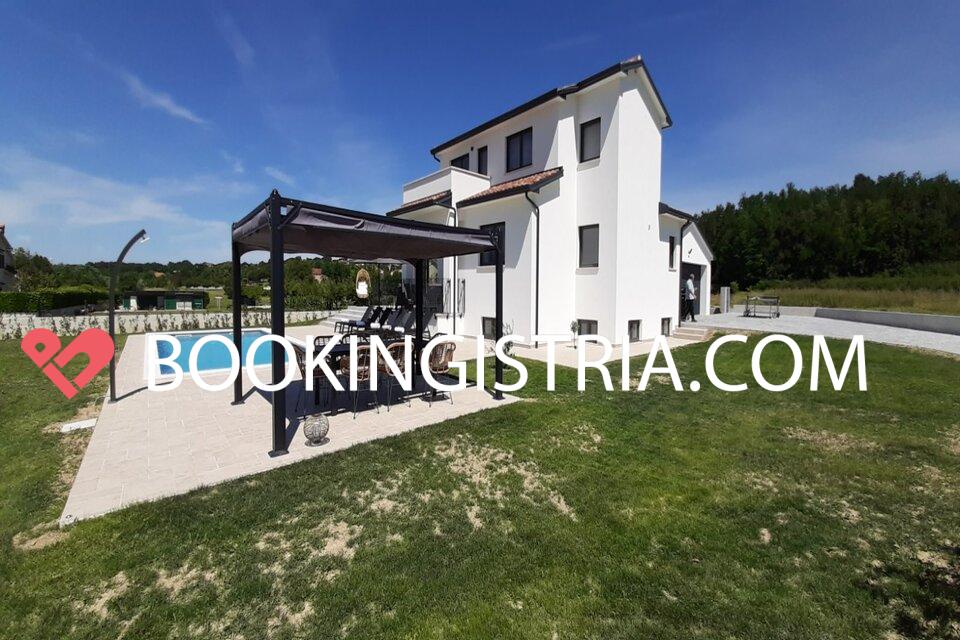 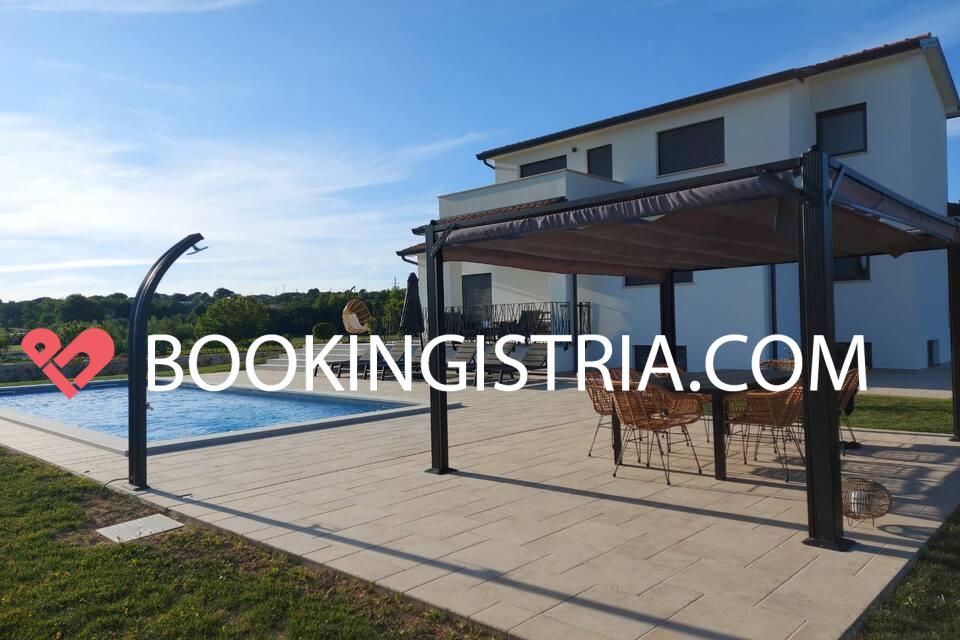 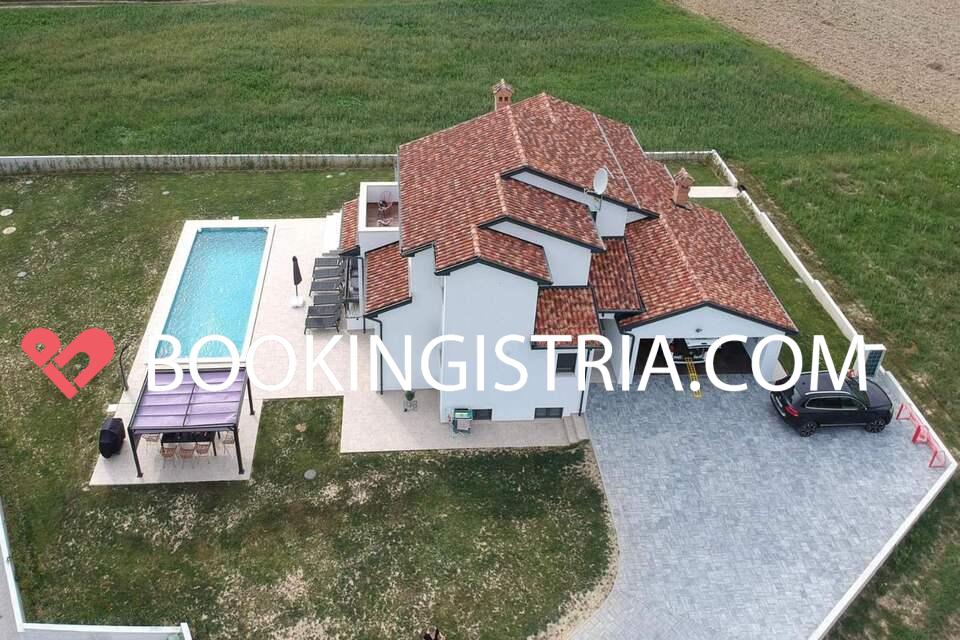 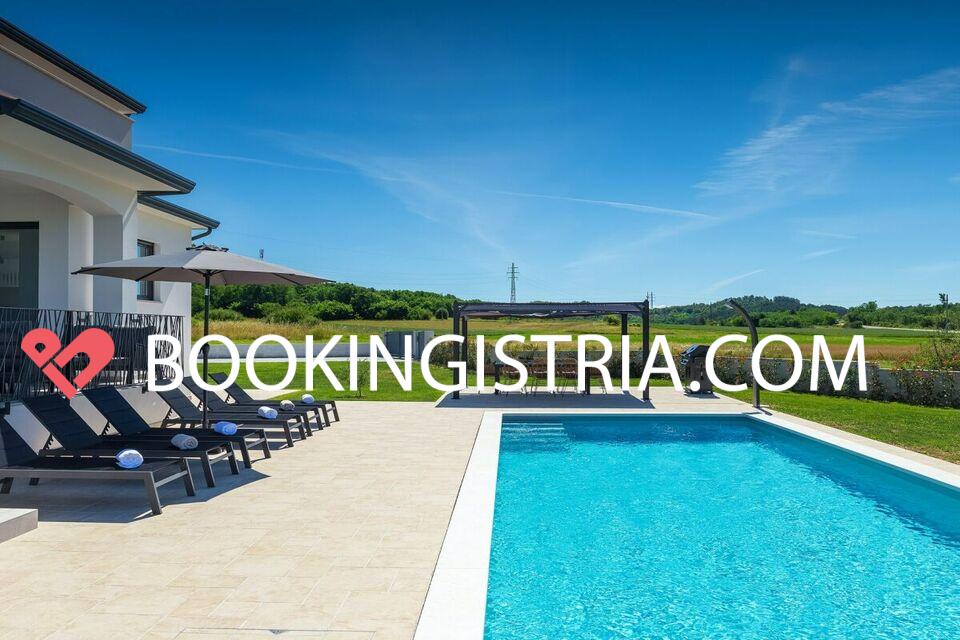 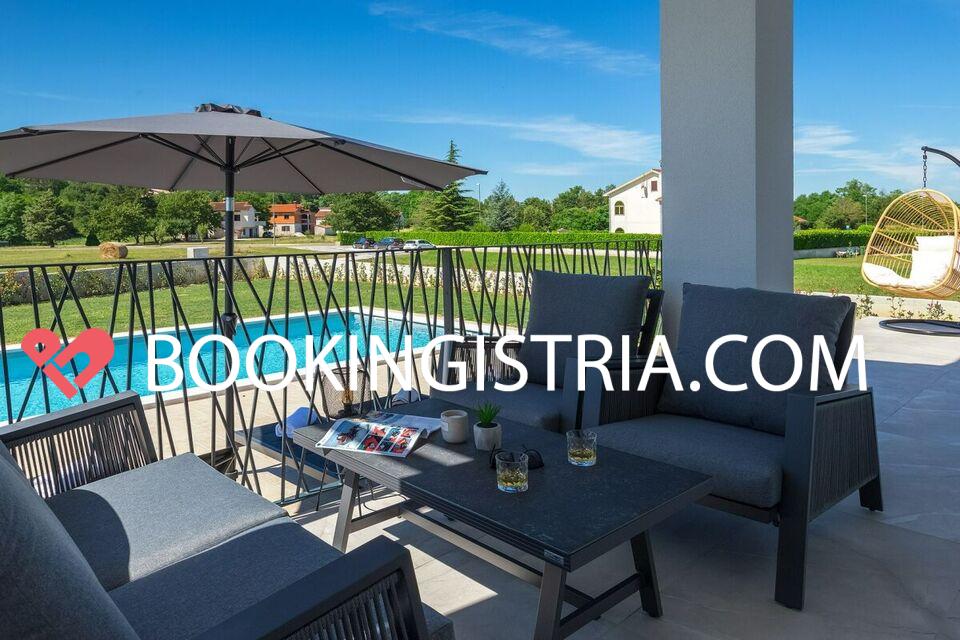 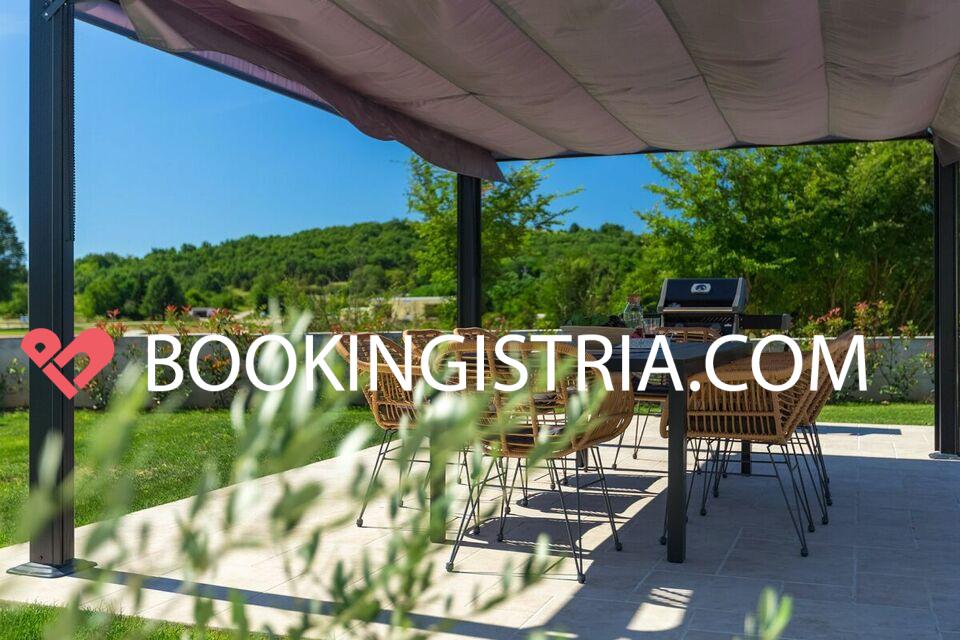 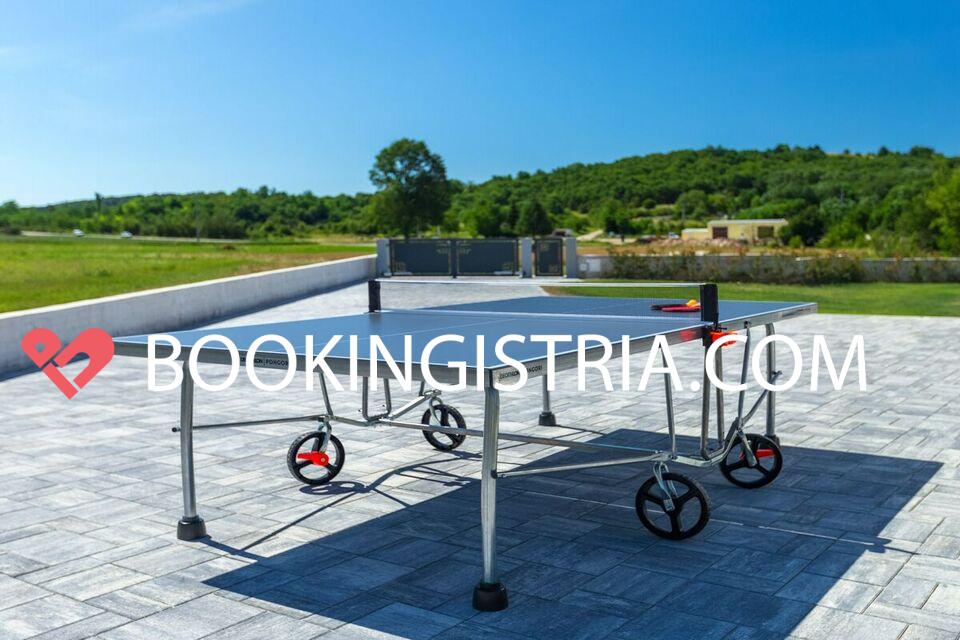 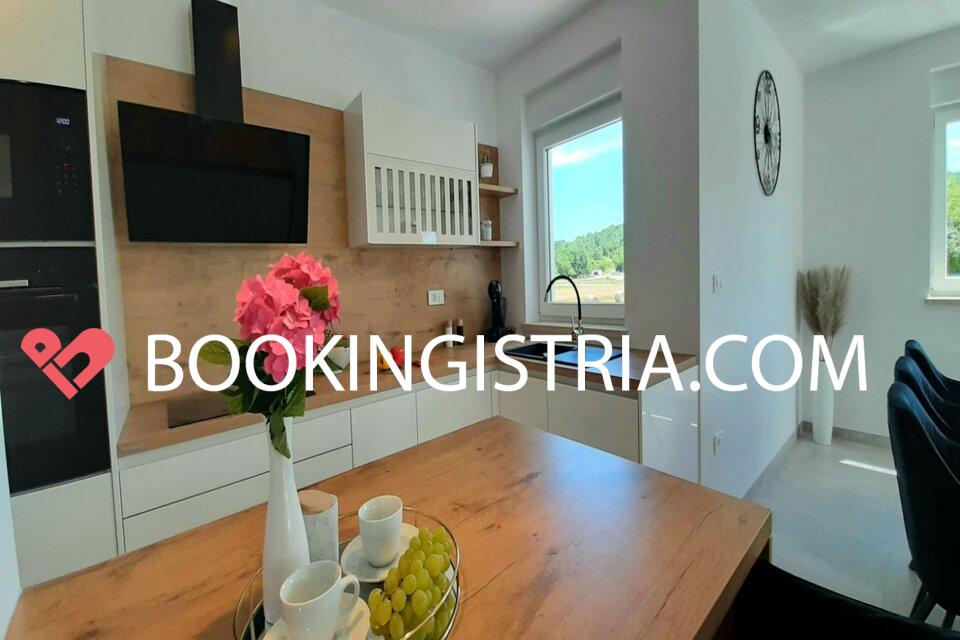 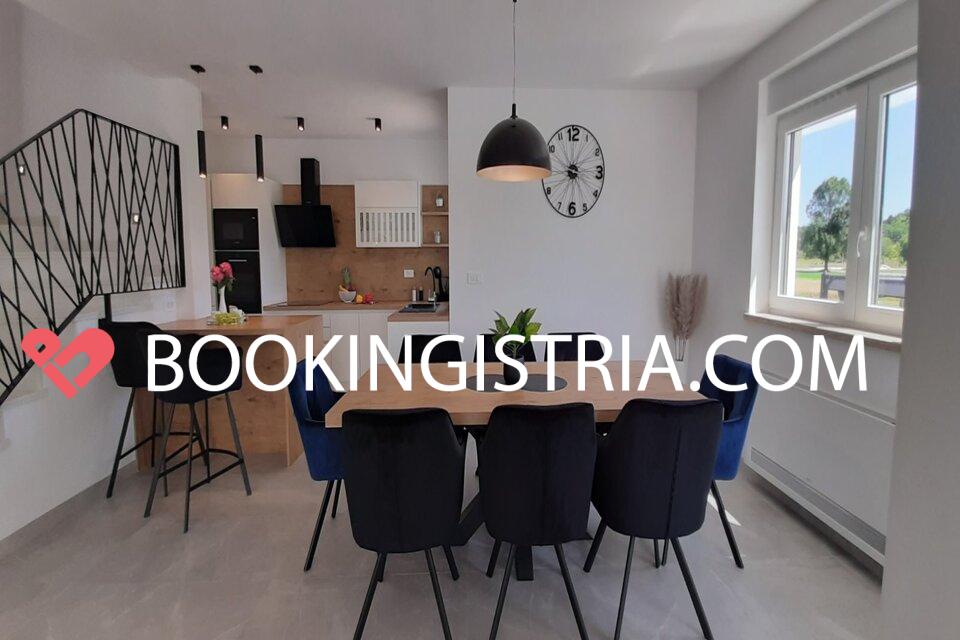 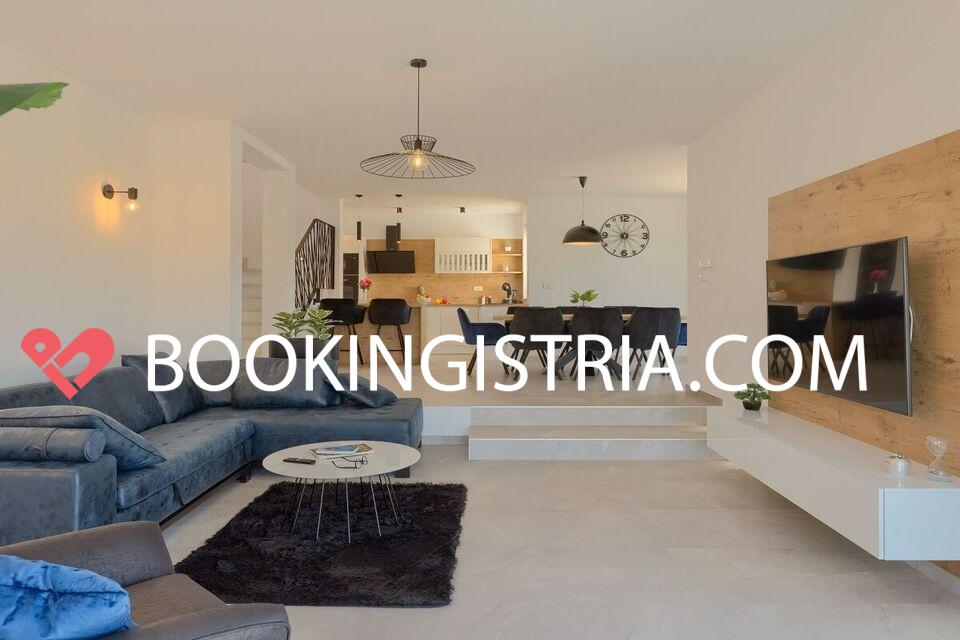 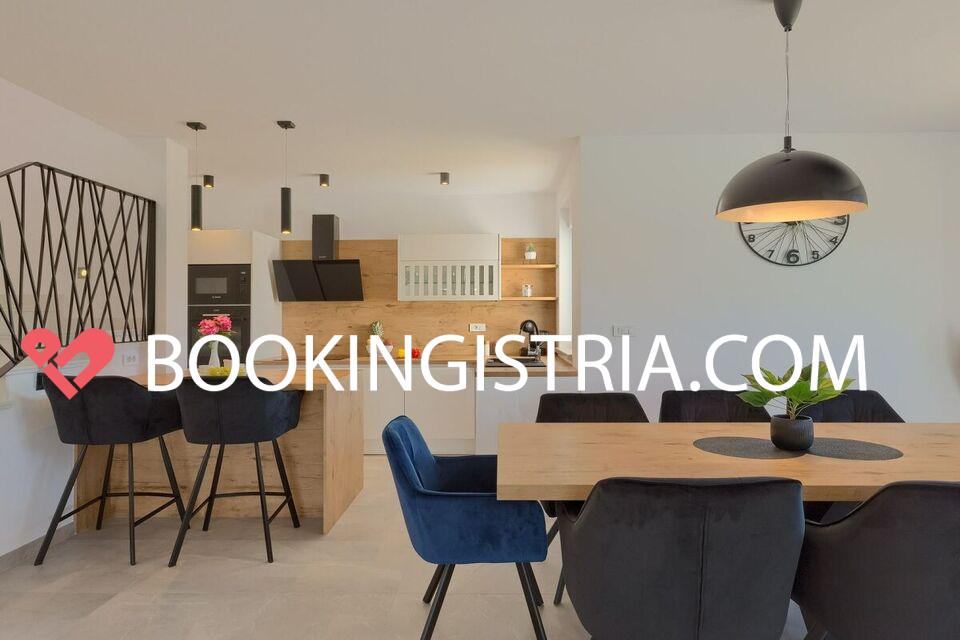 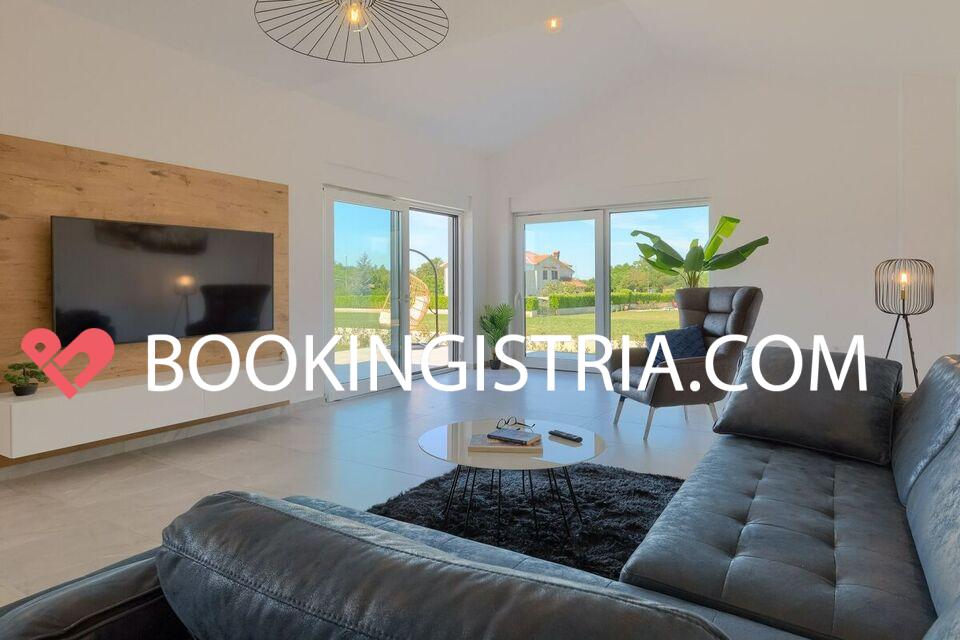 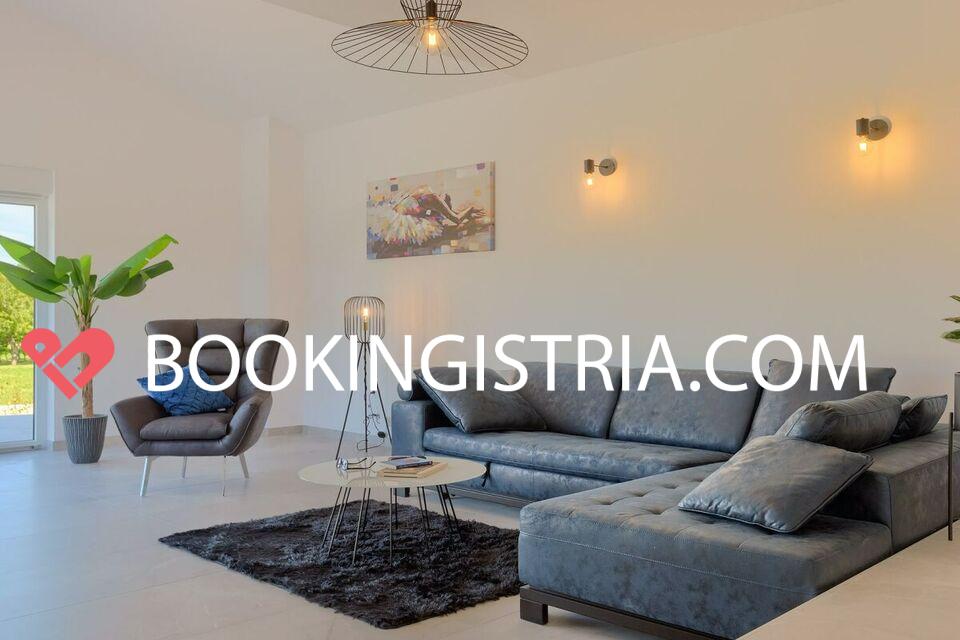 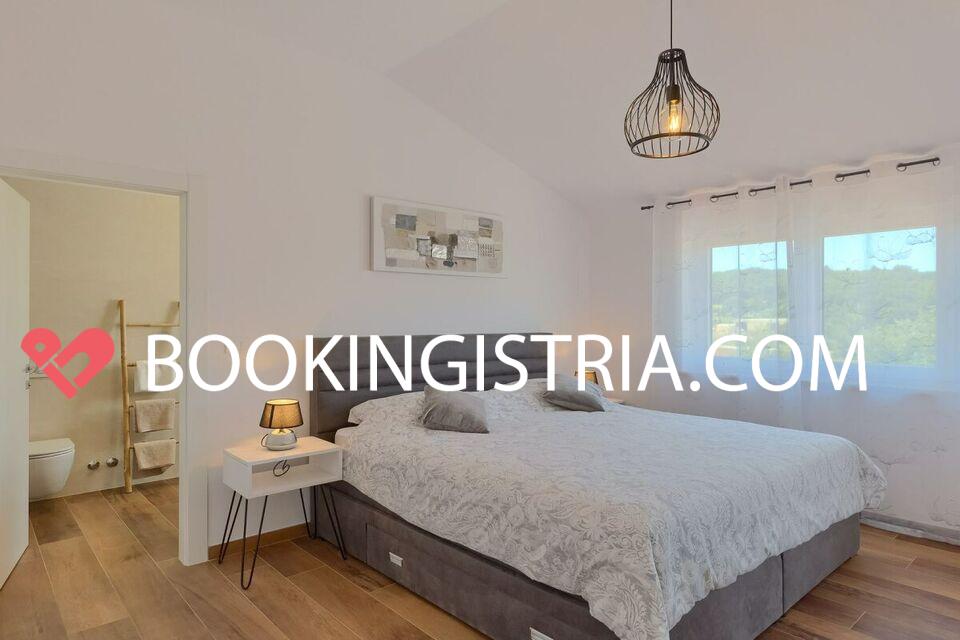 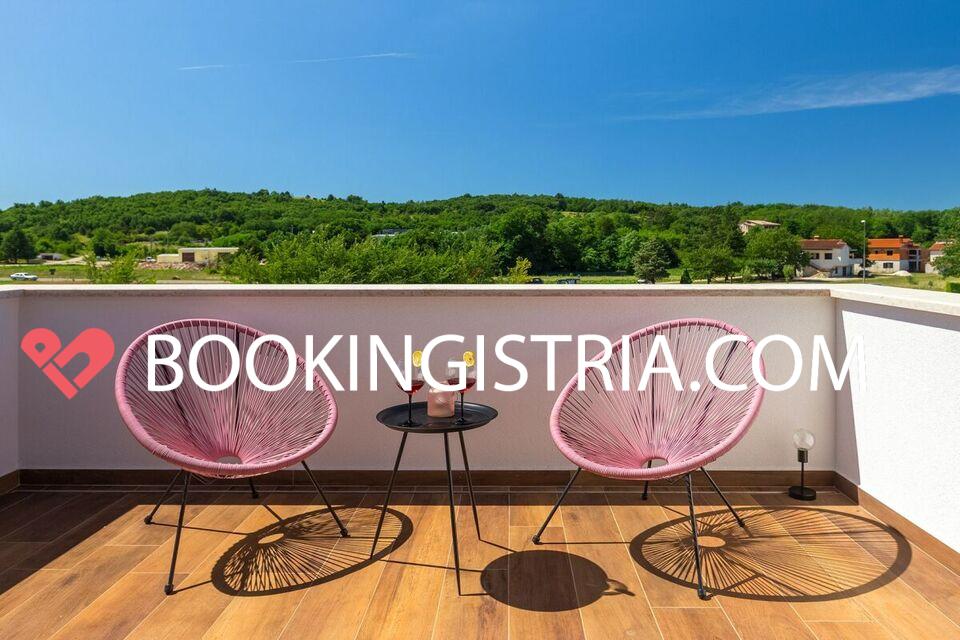 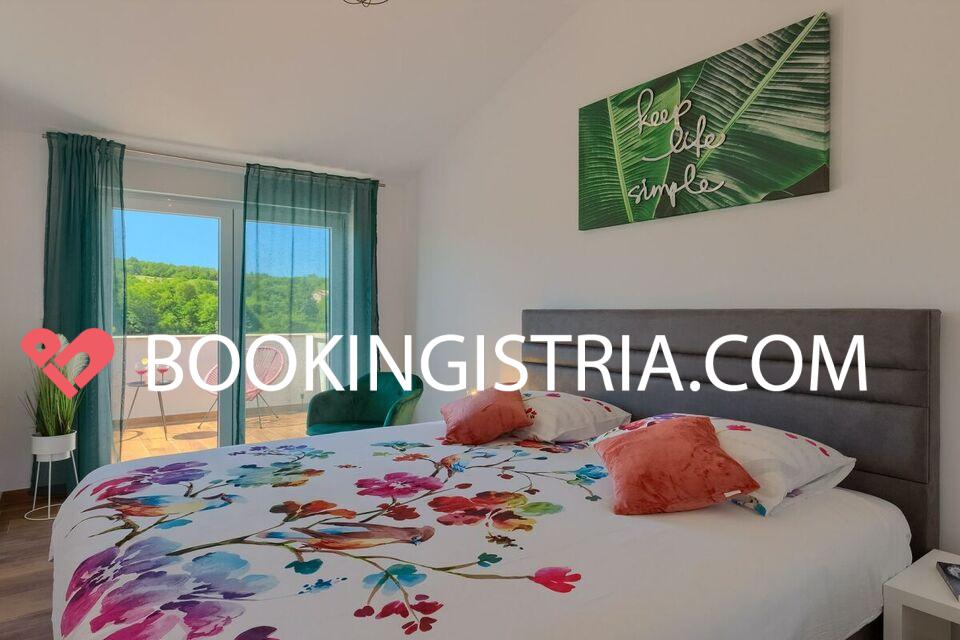 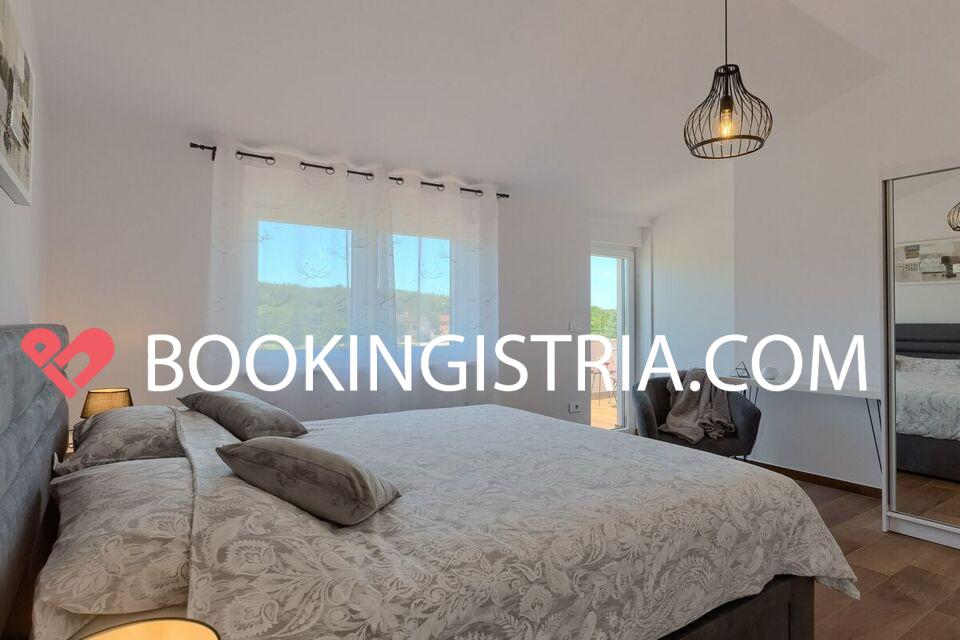 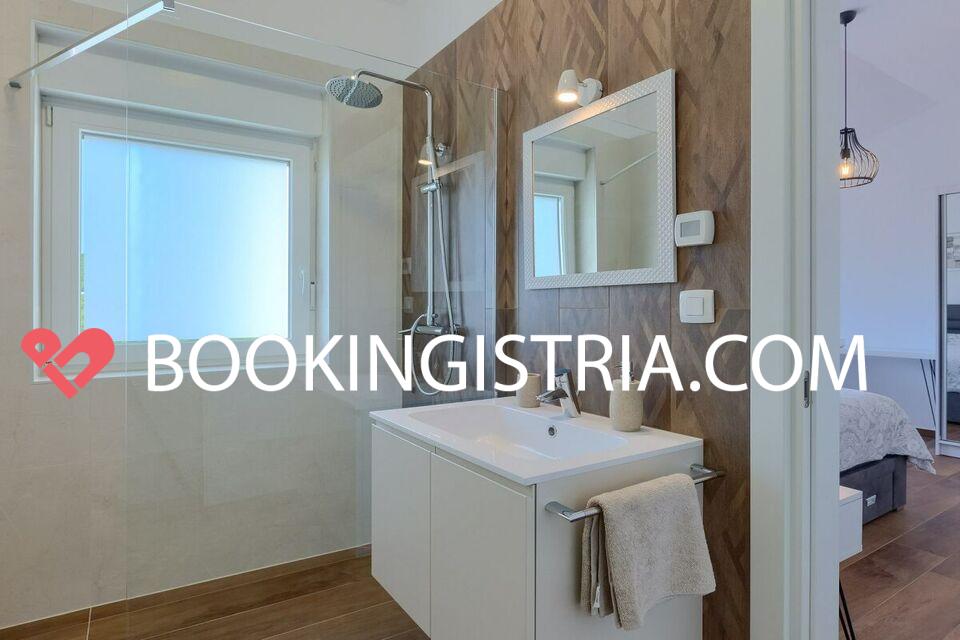 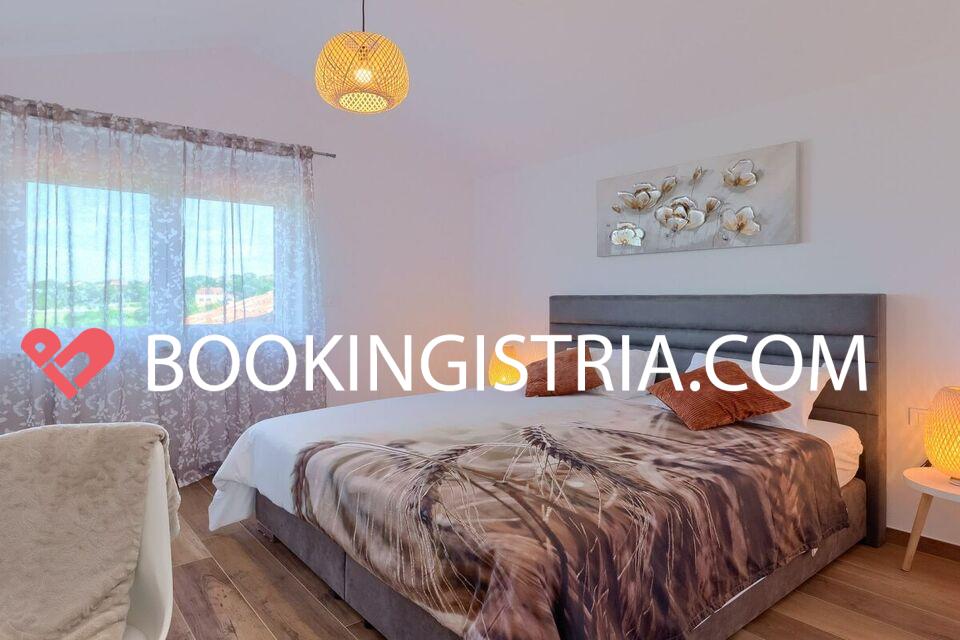 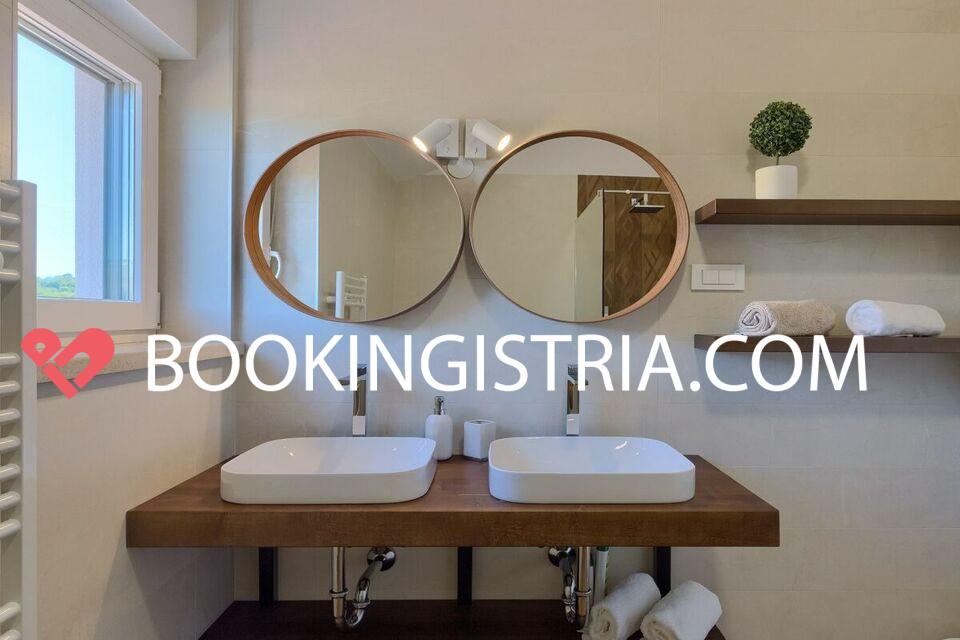 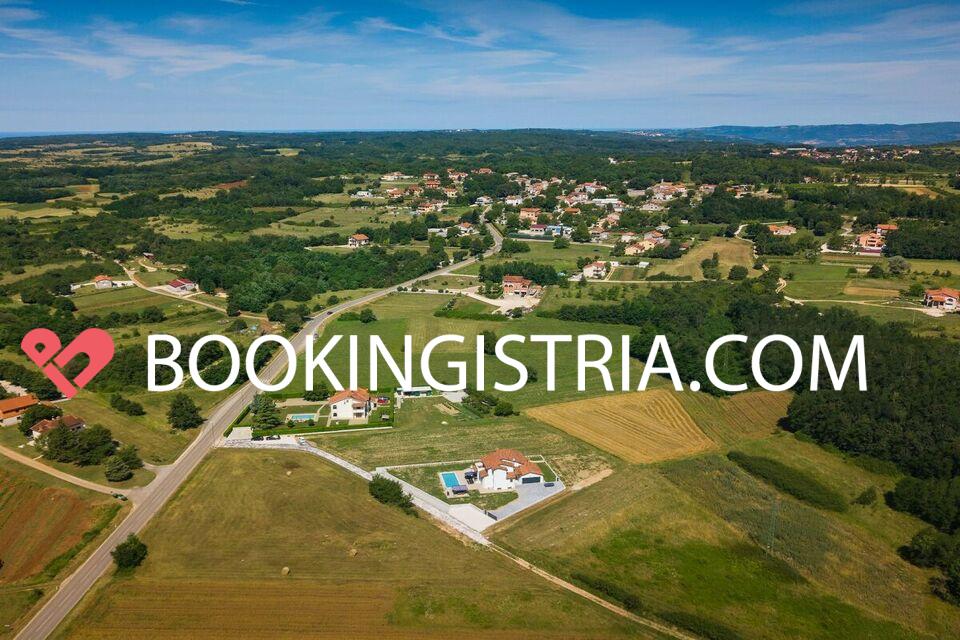 The interior of the villa is modern and stylishly decorated and provides accommodation for up to 8 people. The modern interior of the villa with certain warm details provides guests with a pleasant ambience to stay at any time. The ground floor of the villa has a living room, equipped kitchen, dining room and bathroom. On the first floor of the villa there are 3 bedrooms, one of which has an en suite bathroom, separate bathroom, laundry room and terrace. The courtyard of the villa is spacious and isolated so you can enjoy privacy. Refresh yourself in the private pool and relax on the sun loungers with a refreshing drink, and if you want a little sport, be sure to play table tennis in the courtyard of the villa. The villa also has an outdoor gas grill so you can enjoy barbecuing with family and friends. Villa Ager surrounded by nature provides its guests with a relaxing holiday that will remain in the memory. Book Villa Ager and relax your mind and body in the beautiful nature of Istria