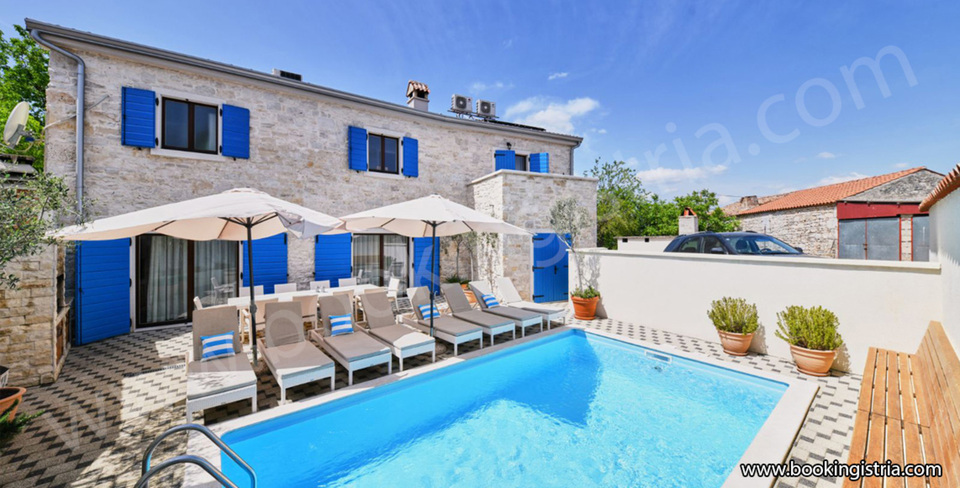 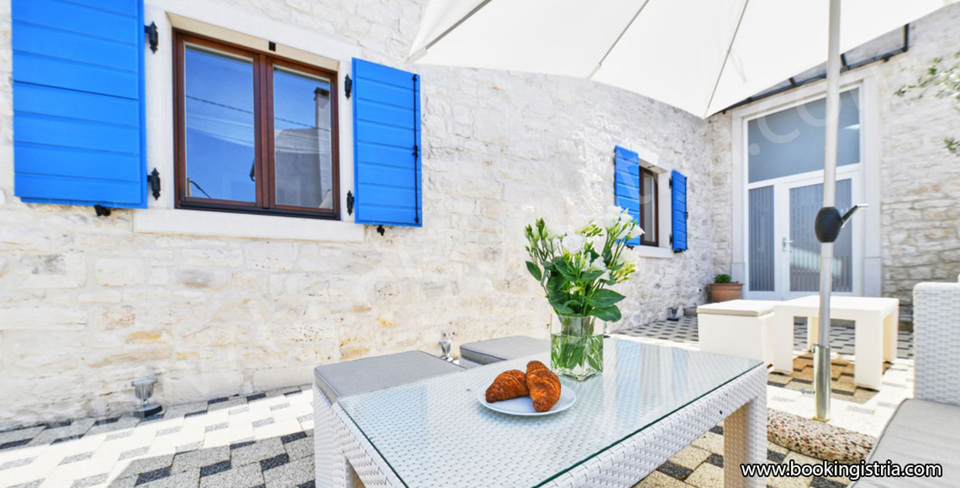 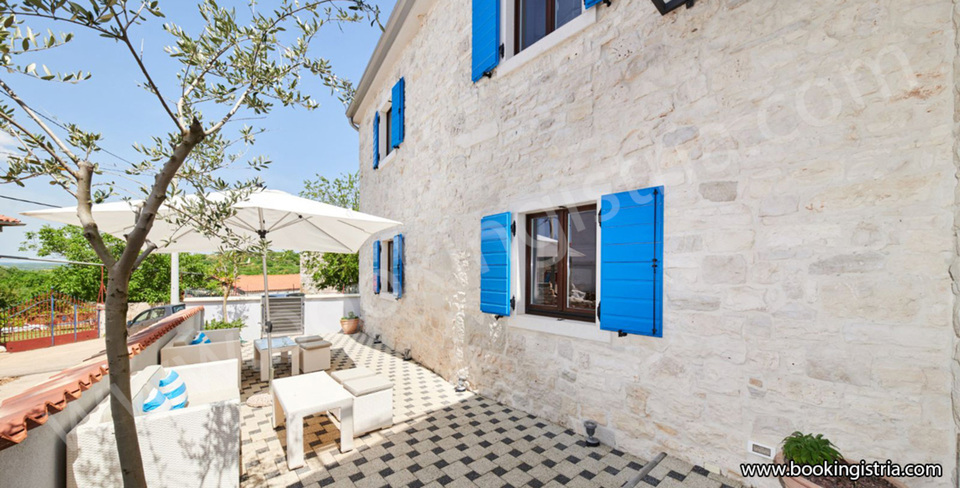 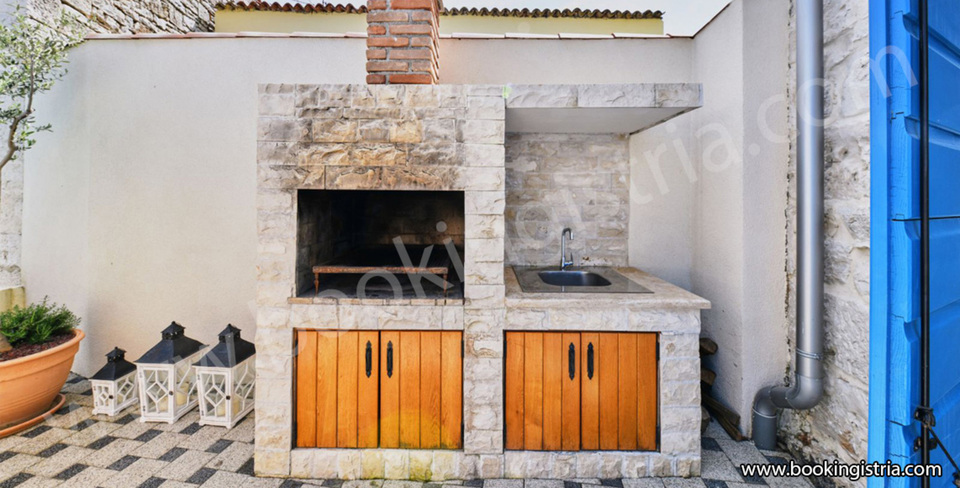 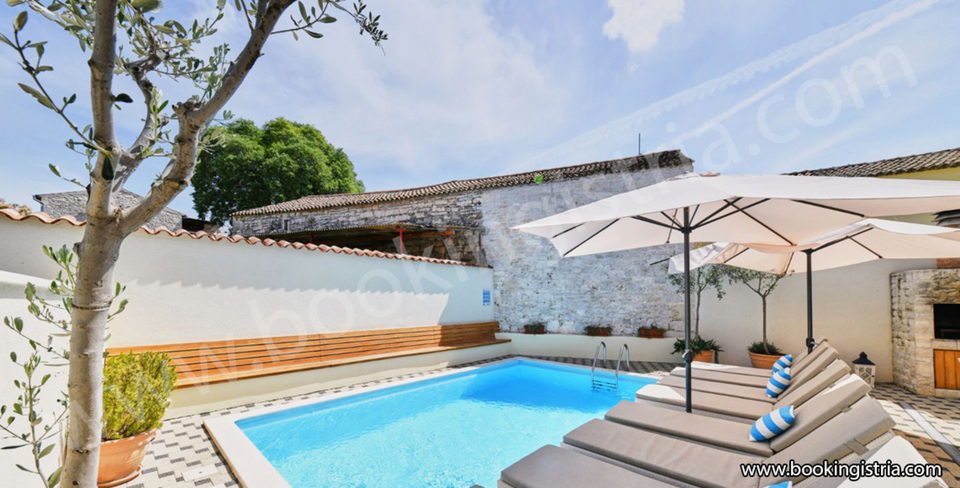 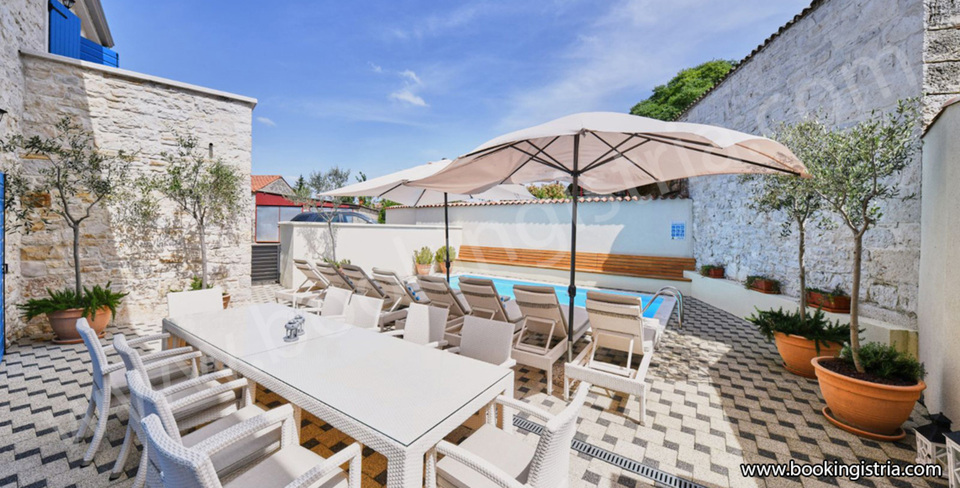 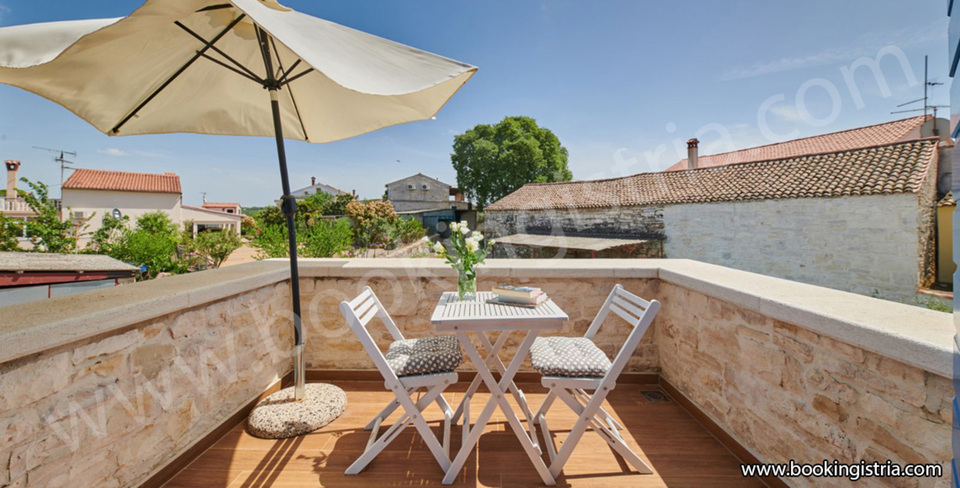 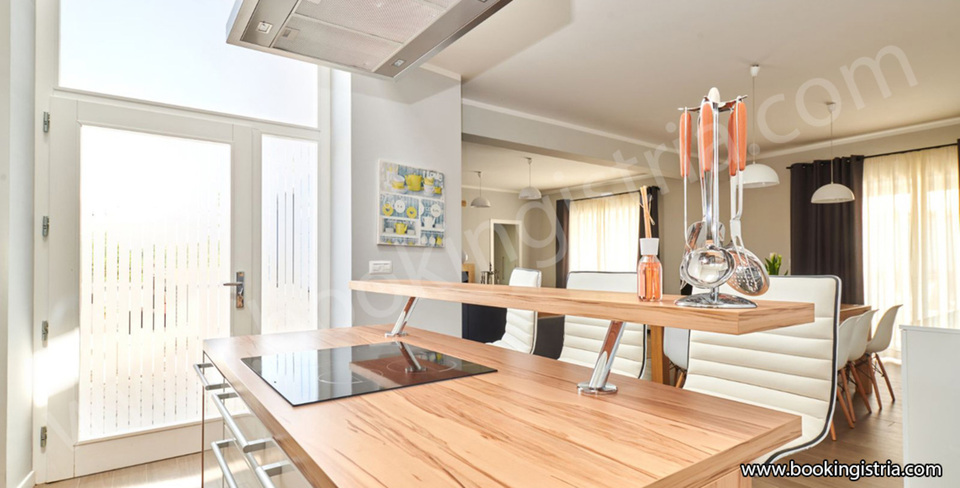 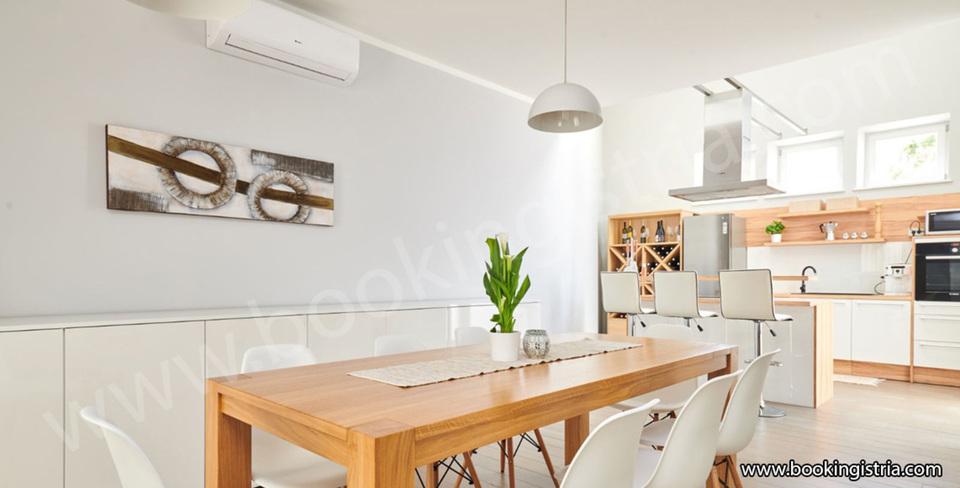 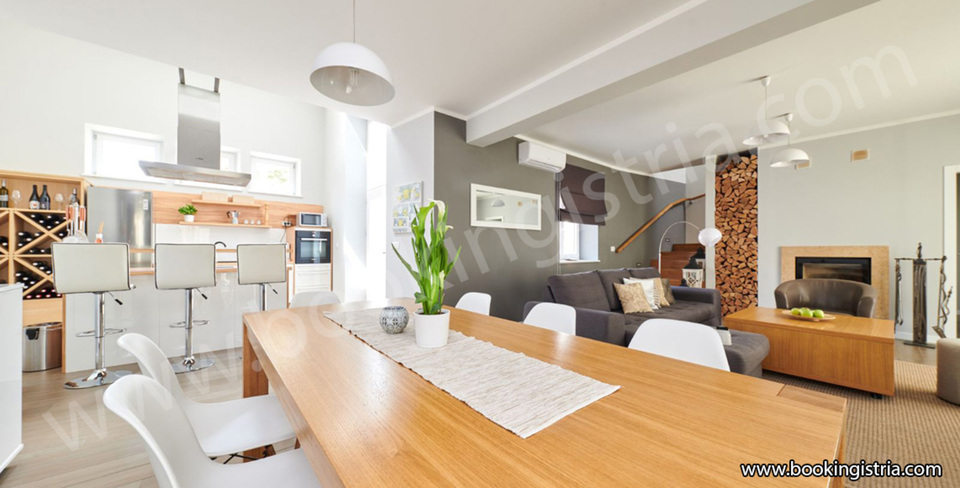 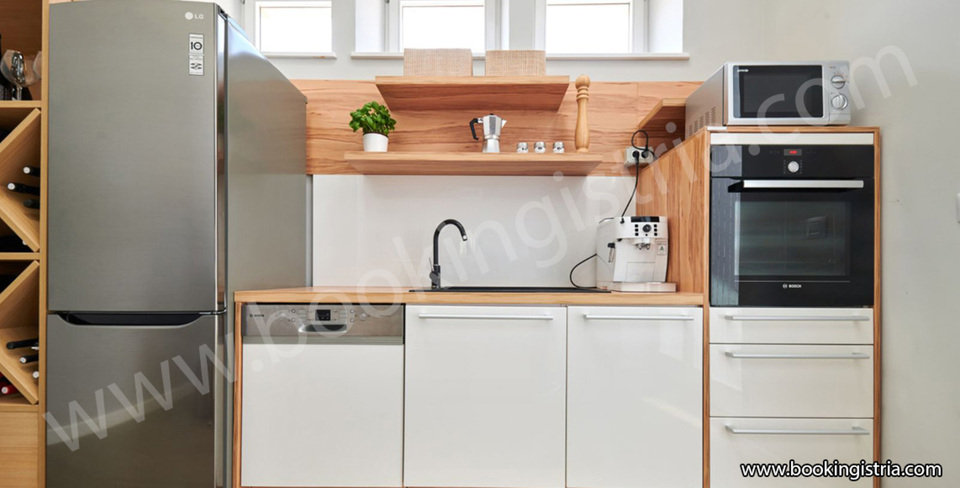 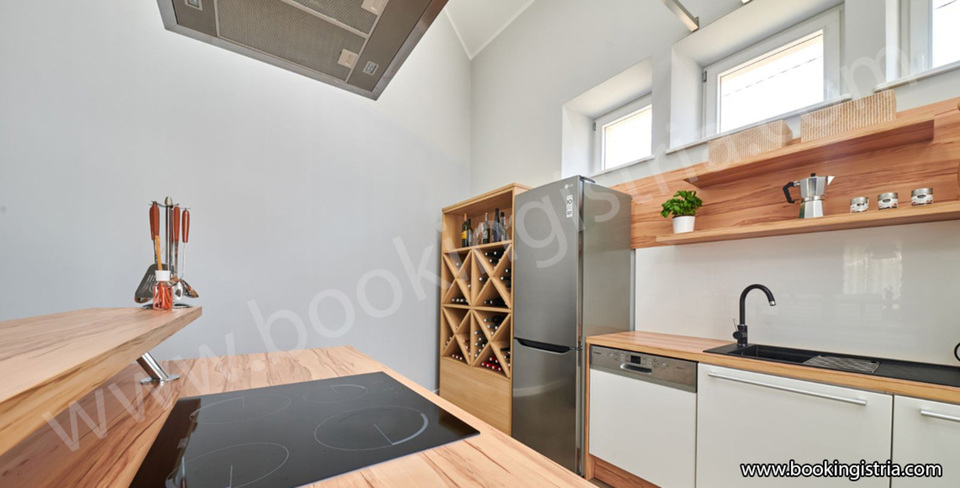 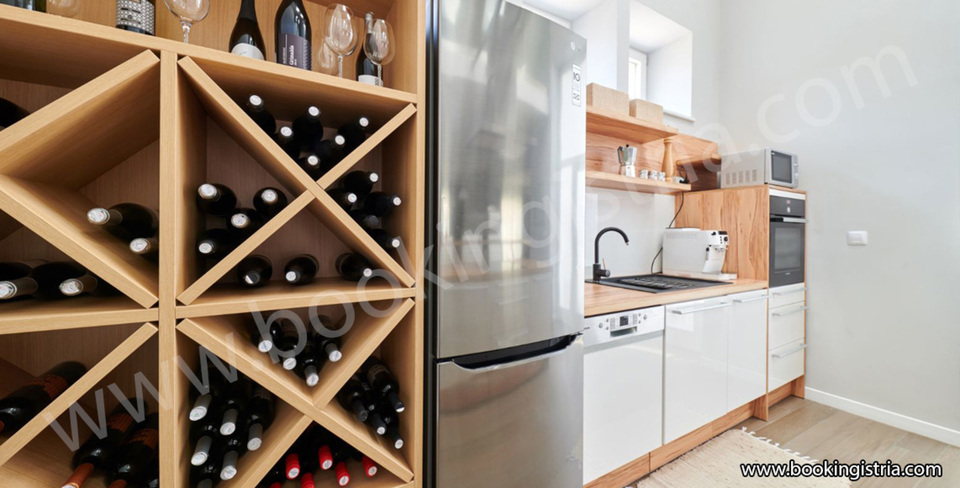 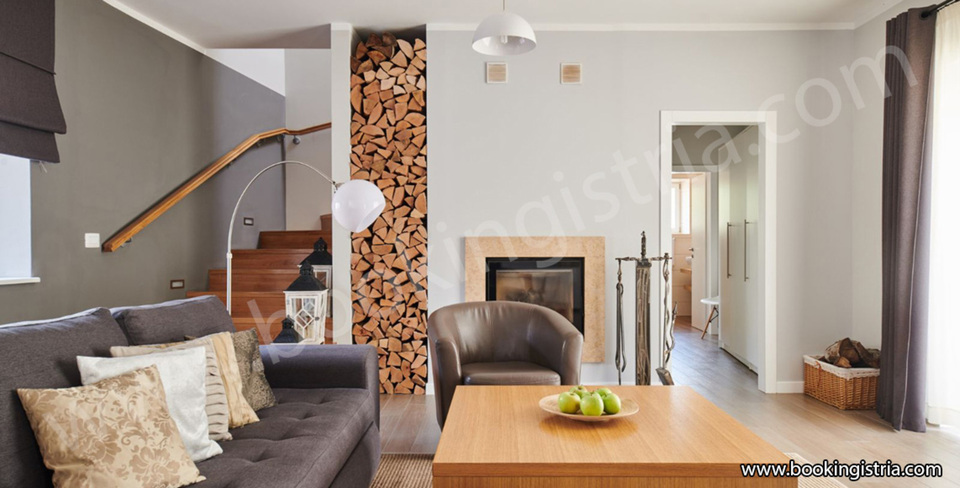 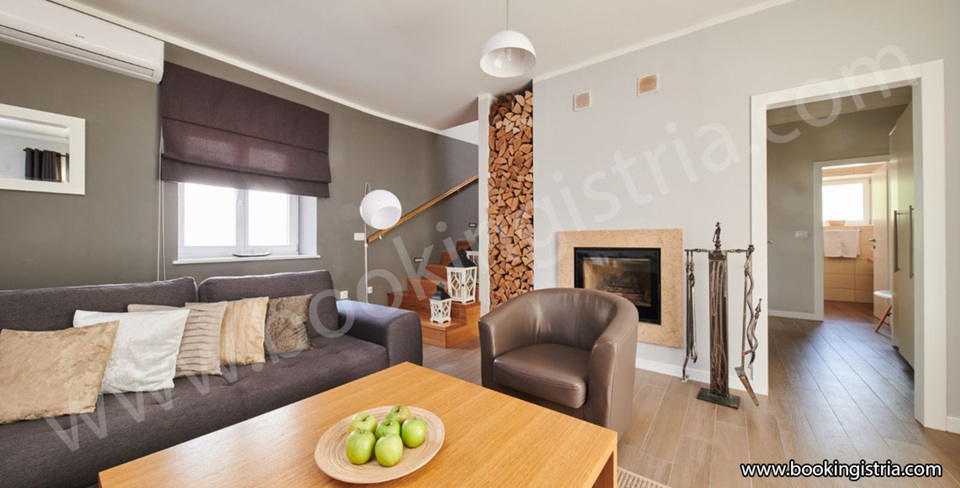 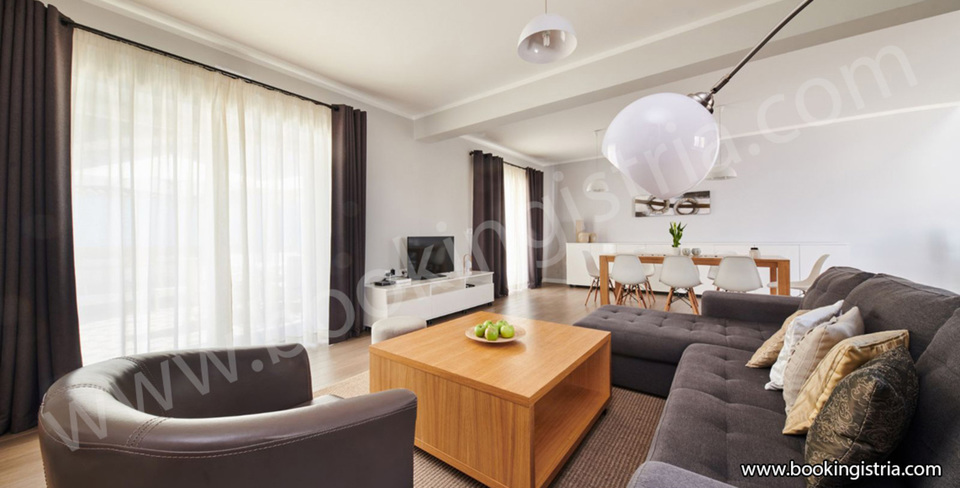 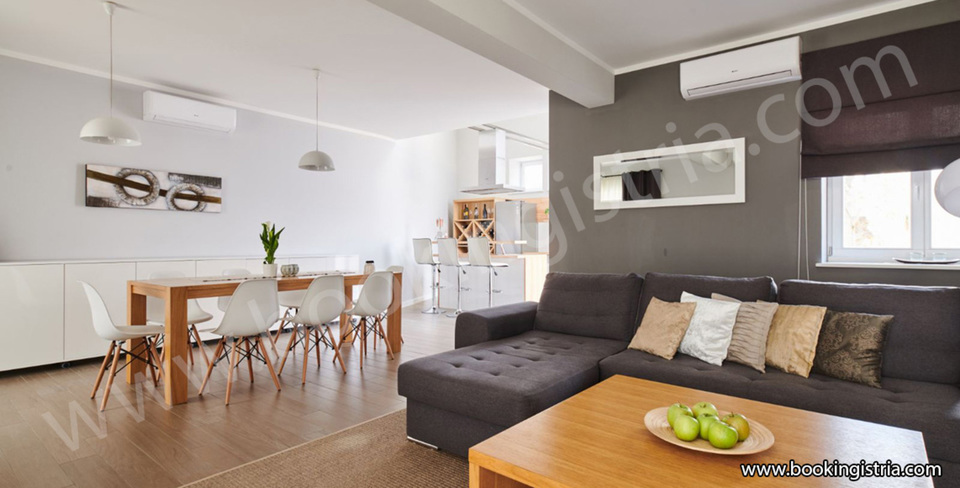 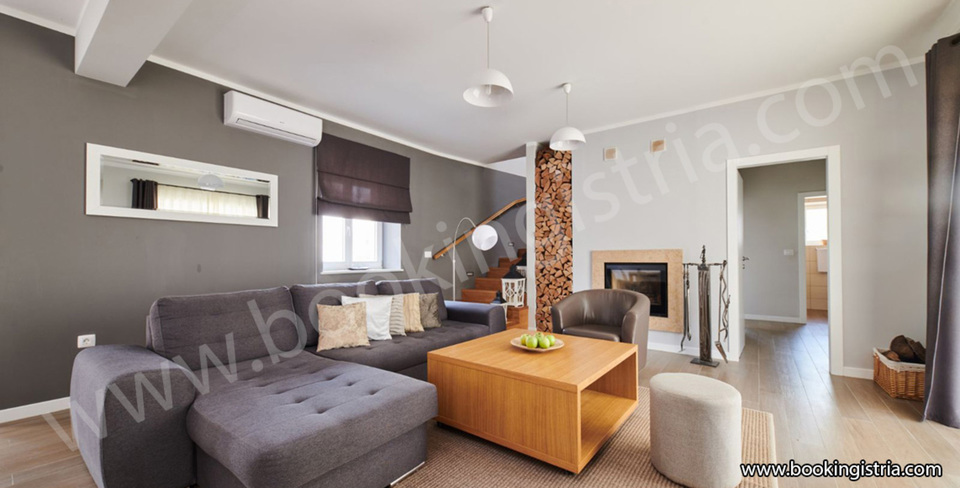 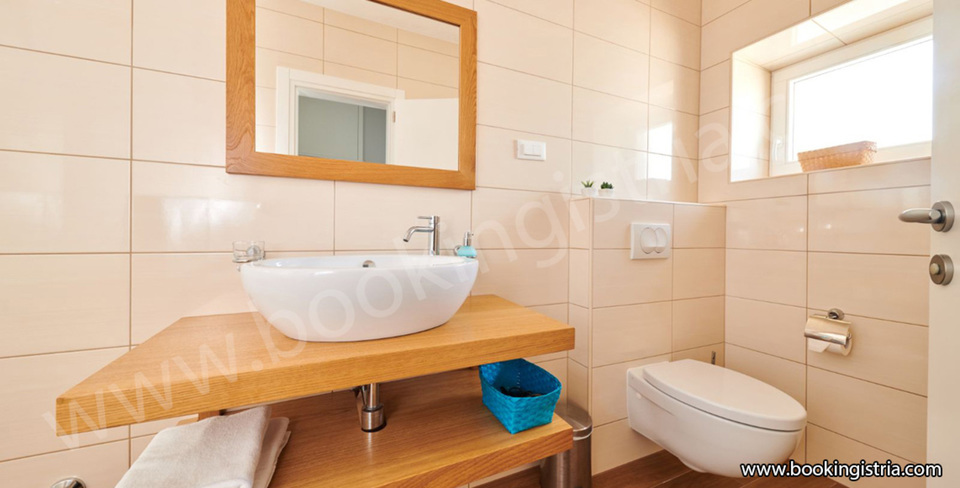 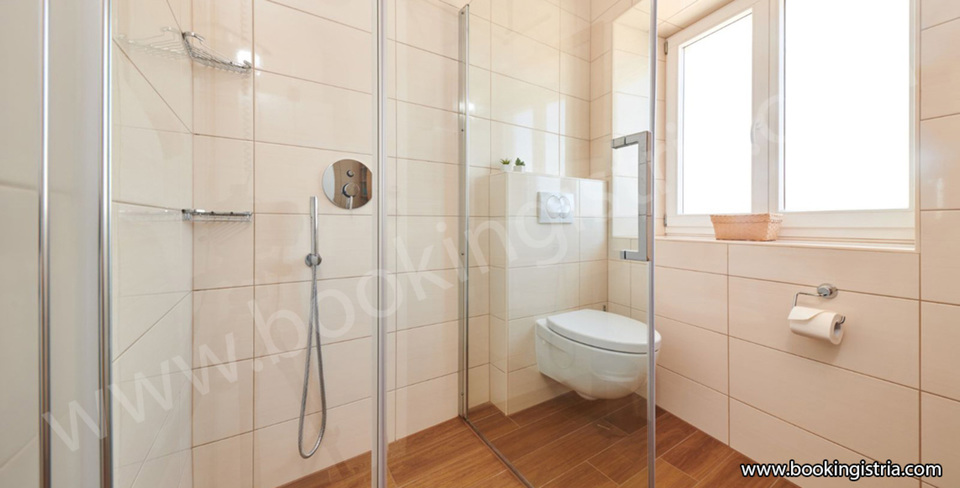 It was originally built at the beginning of the 20th century and was completely renovated in 2015. After its renovation, the villa kept its original appearance of a typical traditional Istrian house from the outside, while the interior has been appointed with modern furniture and designer elements in order to provide first-class accommodation for guests in search of luxury in a picturesque environment. The Villa Eni is an excellent starting point for trips because it is located only 4.5 km from Sveti Lovreč and from Lim Bay, a natural attraction that you shouldn’t miss. Rovinj is only 19 km away. If you’re fond of quality Istrian wine, the renowned Matošević winery is located just a few steps from the villa. On the ground floor, there is a well-equipped kitchen, a dining room, a living room with a fireplace and access to a terrace with pool, and a bedroom for two people with a shower and toilet. The first floor includes three additional double bedrooms, each with its own bathroom