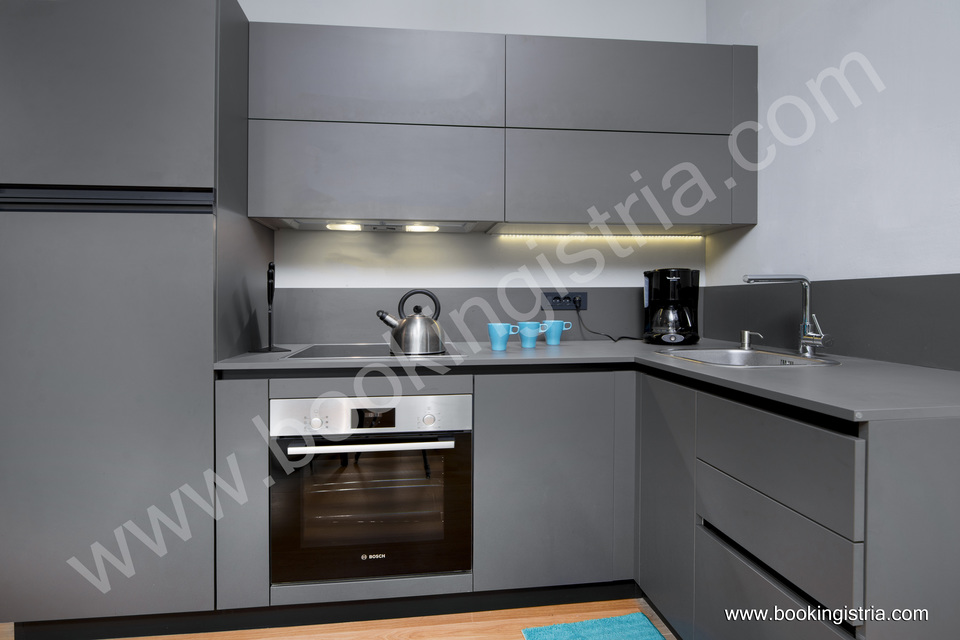 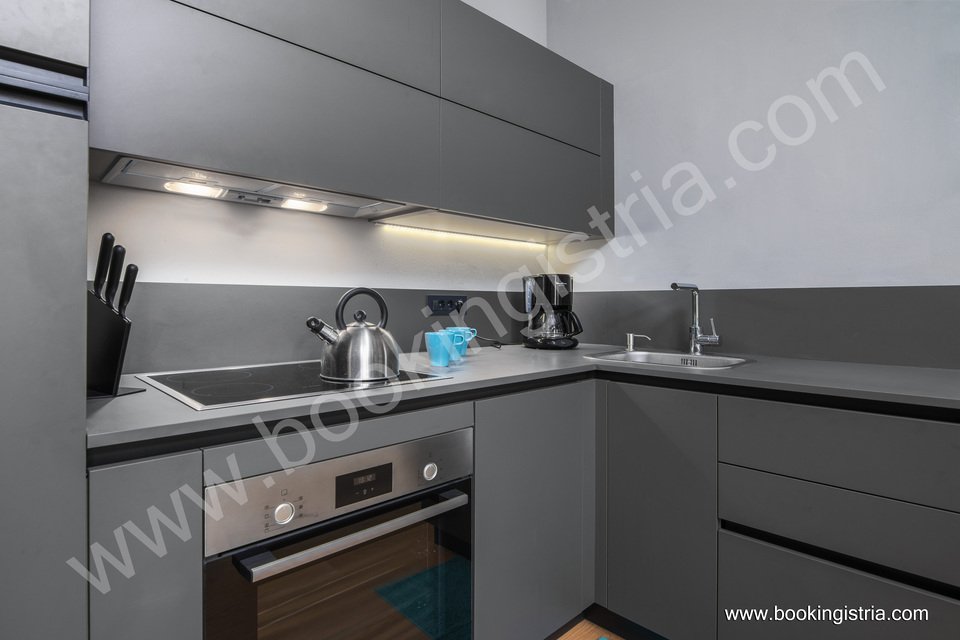 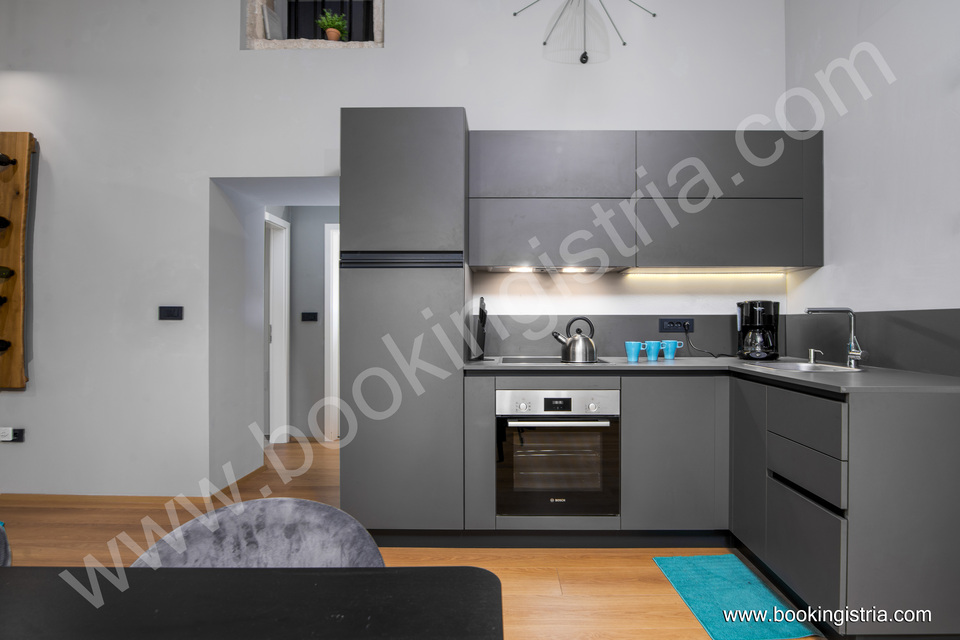 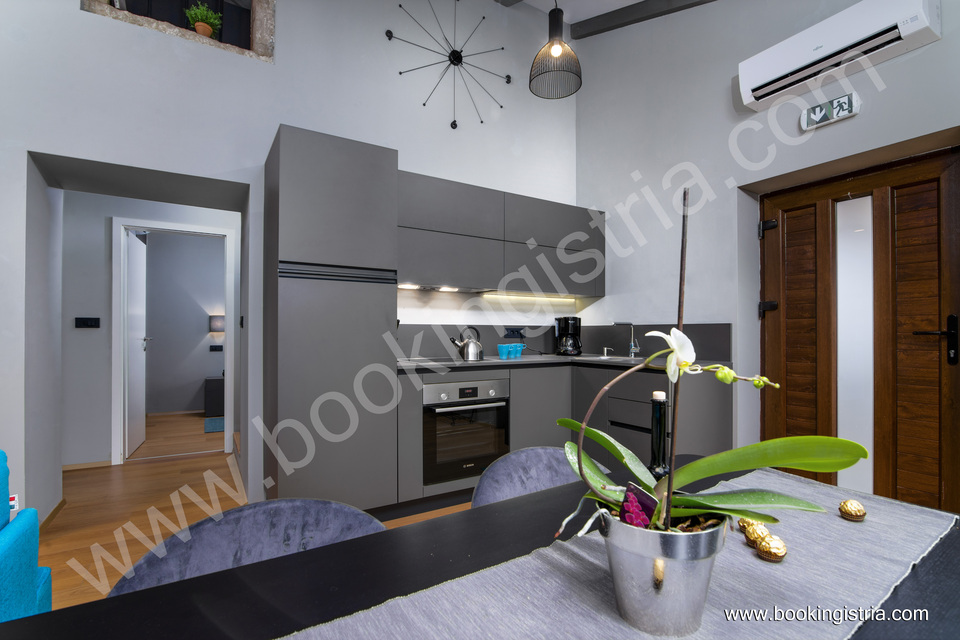 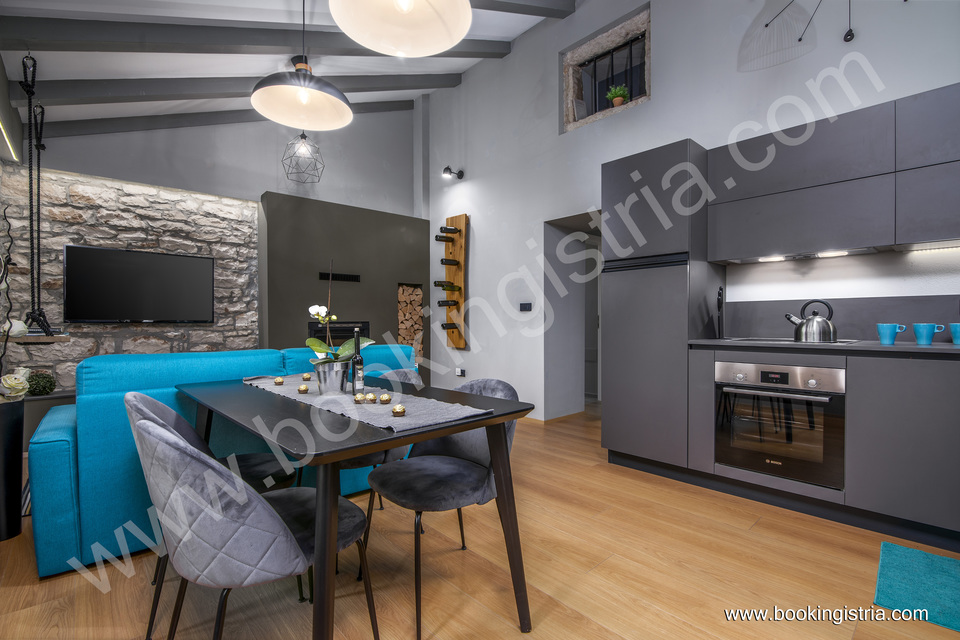 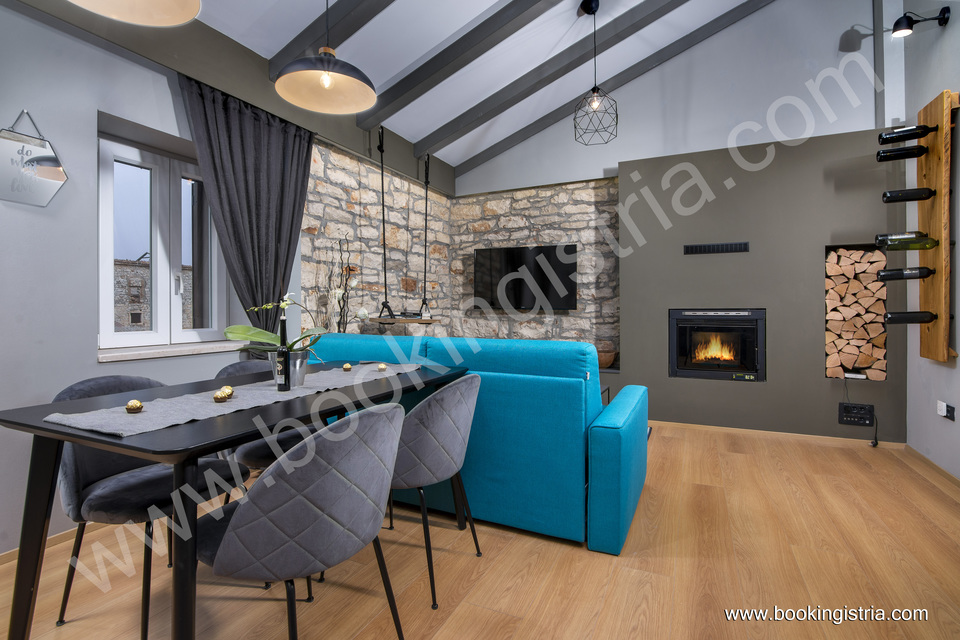 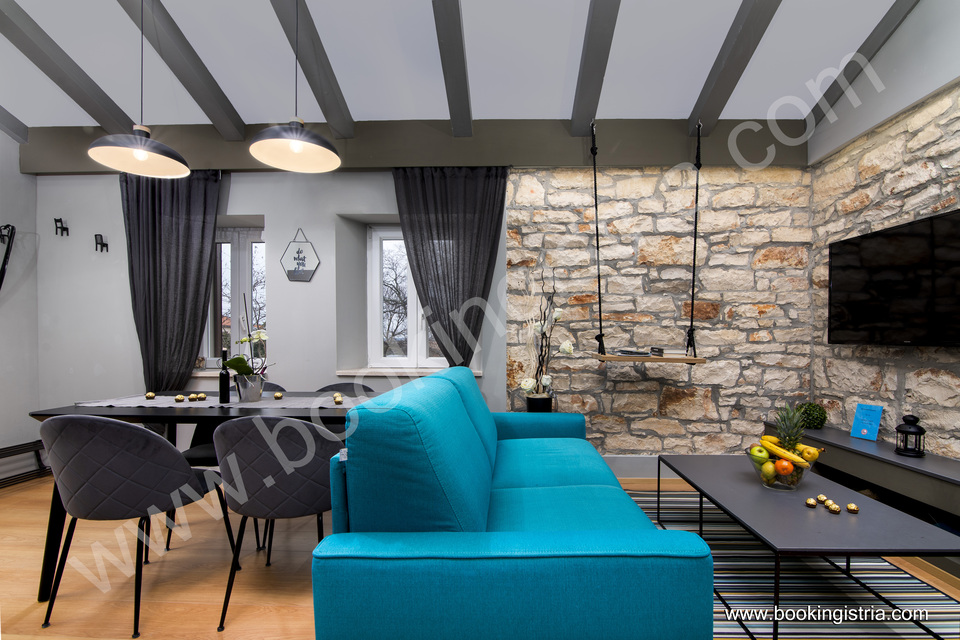 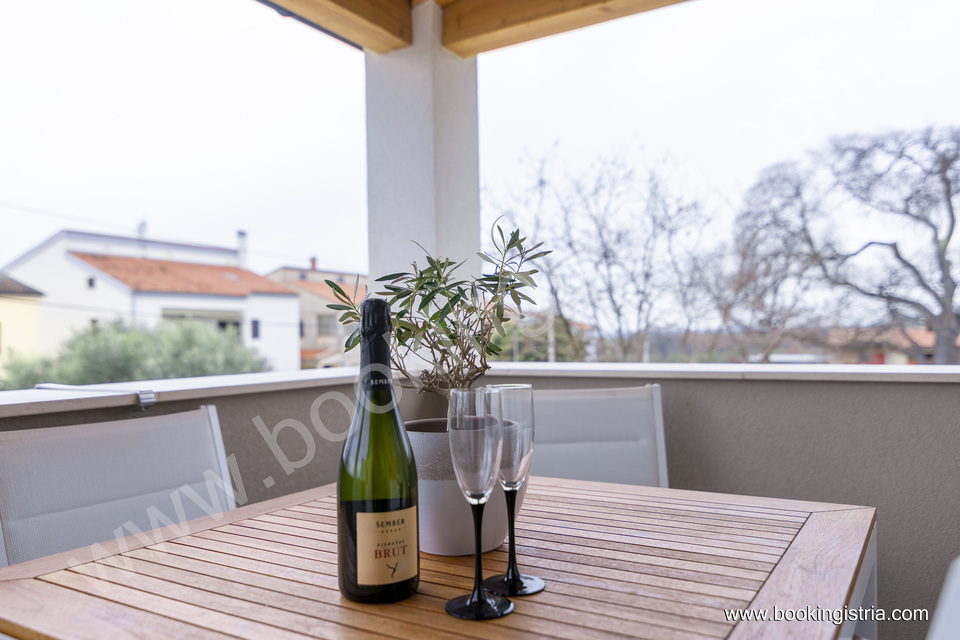 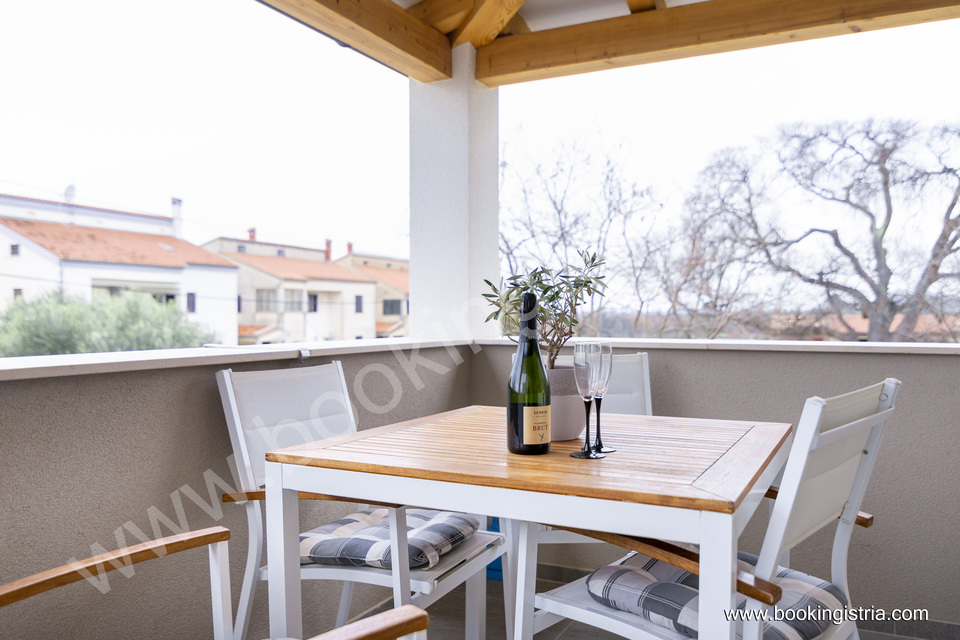 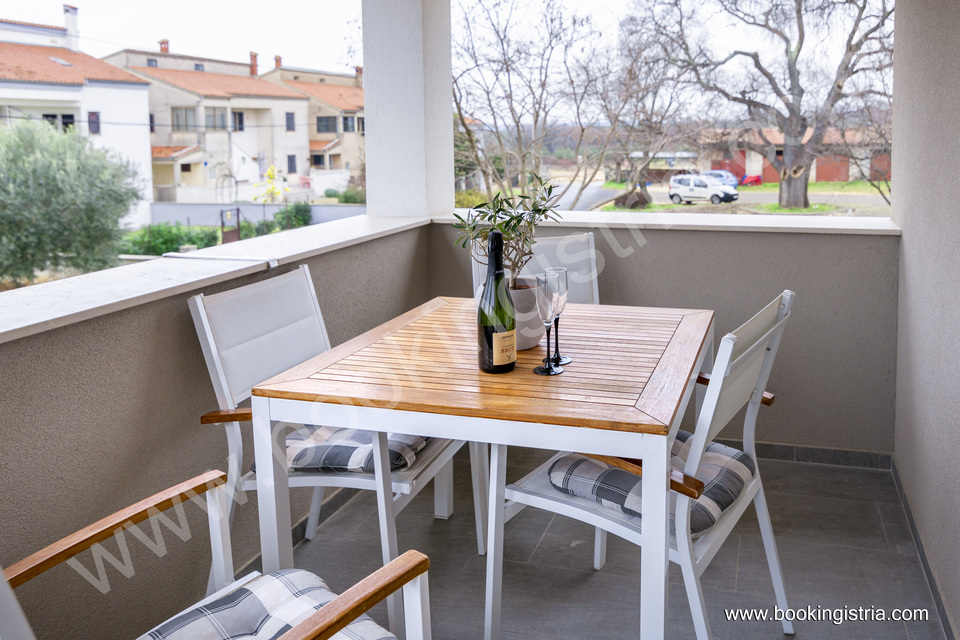 The apartment has a covered terrace with a beautiful view of the olive groves and the beach. On the first floor there is a fully equipped kitchen, a living room where there is a possibility of an extra bed only on request for an extra charge, one bedroom with a double bed that can be separated and a bathroom with a washing machine. On the second floor there is a bedroom with a double bed which can also be separated and an open bathroom with shower. The apartment has a separate entrance and a pr